The Lightning Black Warrior is a re-colored version from the new Gundam Build Fighters Battlogue video shorts of the Amazing Red Warrior originally seen in Gundam Build Fighters Try.  Includes a new  Long Barrel Rifle in addition to its other armaments which consist of a handgun, short and Long Gunblade, two types of beam rifles, Hyper Bazooka, shield. 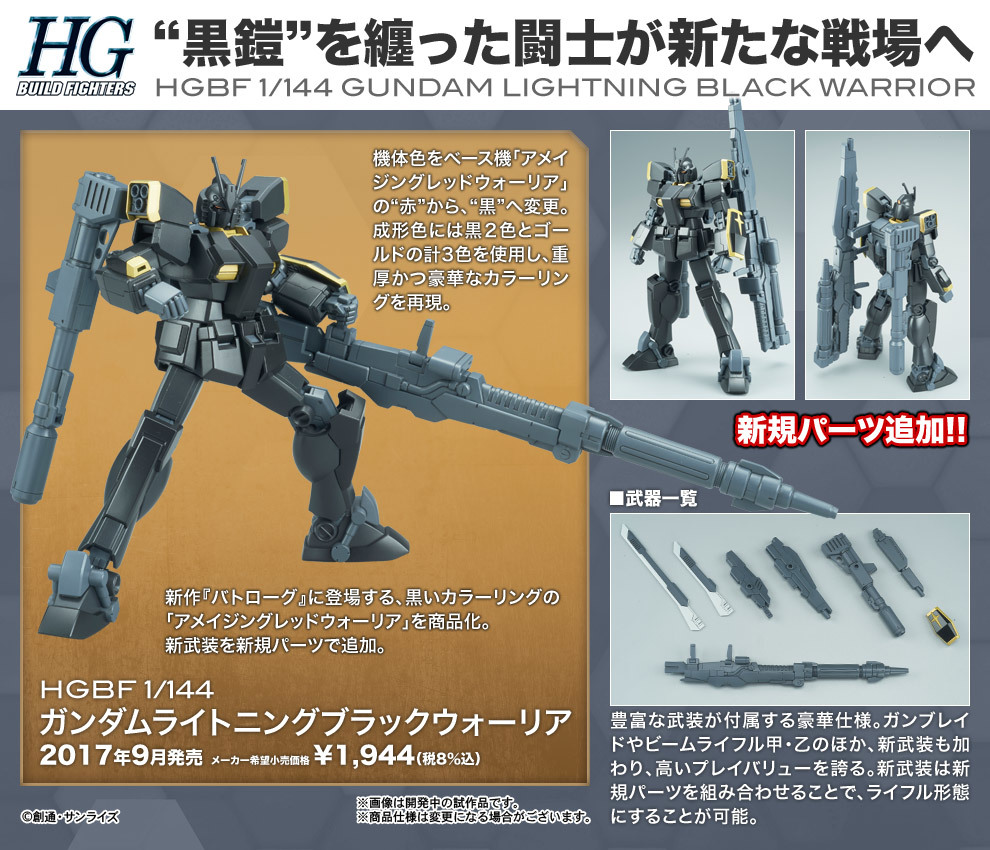