United States
A must have for any GUNDAM WING fan!

The first model I've built and a great first impression. It was fun to put together and it looks great. I can't wait to get some markers, brushes, and paint to add detail and some weathering.

Great kit for beginners, wish I started with this kit for my first MG.Overall highly recommend this kit for your first MG! 5star 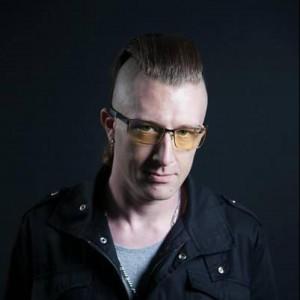 Looks like this will be a fun kit! More colors that I was expecting. Looks like other reviewers are quite happy with the build. I always enjoy pics of the contents before the build, so rather than ad another compete kit, here's what's in the box.

United States
Beautiful, but has its flaws.

How to put this into words and not scare people off? The kit is good out of the box. But it has its flaws. Gundam Wing was my first full dive into the universe, so it's an enjoyable build if you take your time. I would recommend using markers to panel line as the Tamiya can cause the plastic to become brittle, especially on the thin wing parts. The framing for the shoulder where it connects to the arm can be fragile as well so if you are going to be posing this kit be gentle and give it a small workout to make sure the parts will move. The knees and legs are OK at best. They seem to be a little looser than I would like, so probably best on an action base, even standing. Besides that the kit is beautiful and pretty straightforward to build. The frame of the legs for the transformation arent really a challenge, let gravity give you a hand if you need one. Unfortunately, on my kit I likely wont be putting in any extra effort past the panel lining. No water slides or even decals from the kit. It looks better how it looked in the series in my opinion, but also after having several pieces crack or break I'm not wanting to mess with it much more. Its marginally better than the Ver Ka but only because it can hold up the buster rifle on it's own. If you're a fan of the series, this is a good kit. I think the issues I noted are isolated events. It's a fun build and different from the standard EW frame. Hoping this new RG coming out in July 2021 gets the MG treatment in the future. Seems Bandai is on a 00 kick at the moment though, but I'm not complaining as I have two MG Kyrios myself.

I bought this kit to go with the MG Tallgeese I had purchased previously, it looks great on my shelf. It was a fun kit to build and assembled very differently from my last kit, which kept it from being repetitive. If you’re a fan of the wing series this is a must have!