Really easy build this was my first build I also purchased a few more recent ones and the screws from this model are a nuisance I’m glad they aren’t in the new models. Overall love this model burning gundam aka god gundam is my fave gundam. 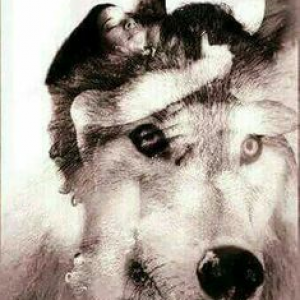 Fun kit to build. less than a year of building under my belt and I wasn't expecting screws. Can't wait to work on more g-Gundam kits.

Only model I built with screws so far.

Much better than I was expecting. Only kit killer I can even remotely consider is the use of screws. Every joint has at least one screw. However, this is around the time Bandai started using complete inner frames in their kits so I can forgive it. Saying that however, this guy has a lot of mandatory painting. First off, I forgoed the stickers and painted all of the black lines on him from the shoulders, to the skirt and ankle guards. I also had to use the knee stickers are there are no gaps for them, so i couldn’t just paint them in. The Vulcans on his head also need to painted. A nice Flash Gitz Yellow did it for me. Articulations however, is the name of the game with this guy. Any pose you want, you’ll get it, even crossing his arms. Just be aware, I don’t know if I didn’t tighten the waste screw enough, but the torso is super floppy. Definitely gonna make sure that I right the fire out of the Shining’s torso. Looks, well. This guy looks awesome. Now I should clarify. I’ve never watched God Gundam, or any Gundam show outside of 00 and the first 2 “episodes” of Unicorn and the Thunderbolt movies, so I have no childhood connection with this design like some people, that being said, I plan on filling out the God line just cause of this guy. The King of Hearts simple in the. Best is even a kind of gem-like sticker you apply to the area and fits beautifully. And the symbol is super subtle too. You only really see it under certain lighting or if you know it’s there. As for weapons I actually did build this guy’s weapons, he comes with two beam Katana’s and that’s it. Unless you count his hands in which case, obviously he has then God Finger hands, and he also has closed rubber fists, alone with a pair of odd looking king fu hands. That’s another thing. This kit has rubber hands and feet. So he’ll find traction and grin wherever you display him. He’s going no where. The decals are your standard peel and sticks. I would have liked dry transfers or even water slides. But for $20+. I can’t complain . Do I recommend this kit? 100%. Not only is he a piece of MG history, he’s a great it to boot. I wouldn’t hold out waiting for a 2.0, cause I don’t think it needs one. Would I take one? Damn right, but I don’t see it topping this save for the removal of screws and maybe better decals. Beyond that. Great kit