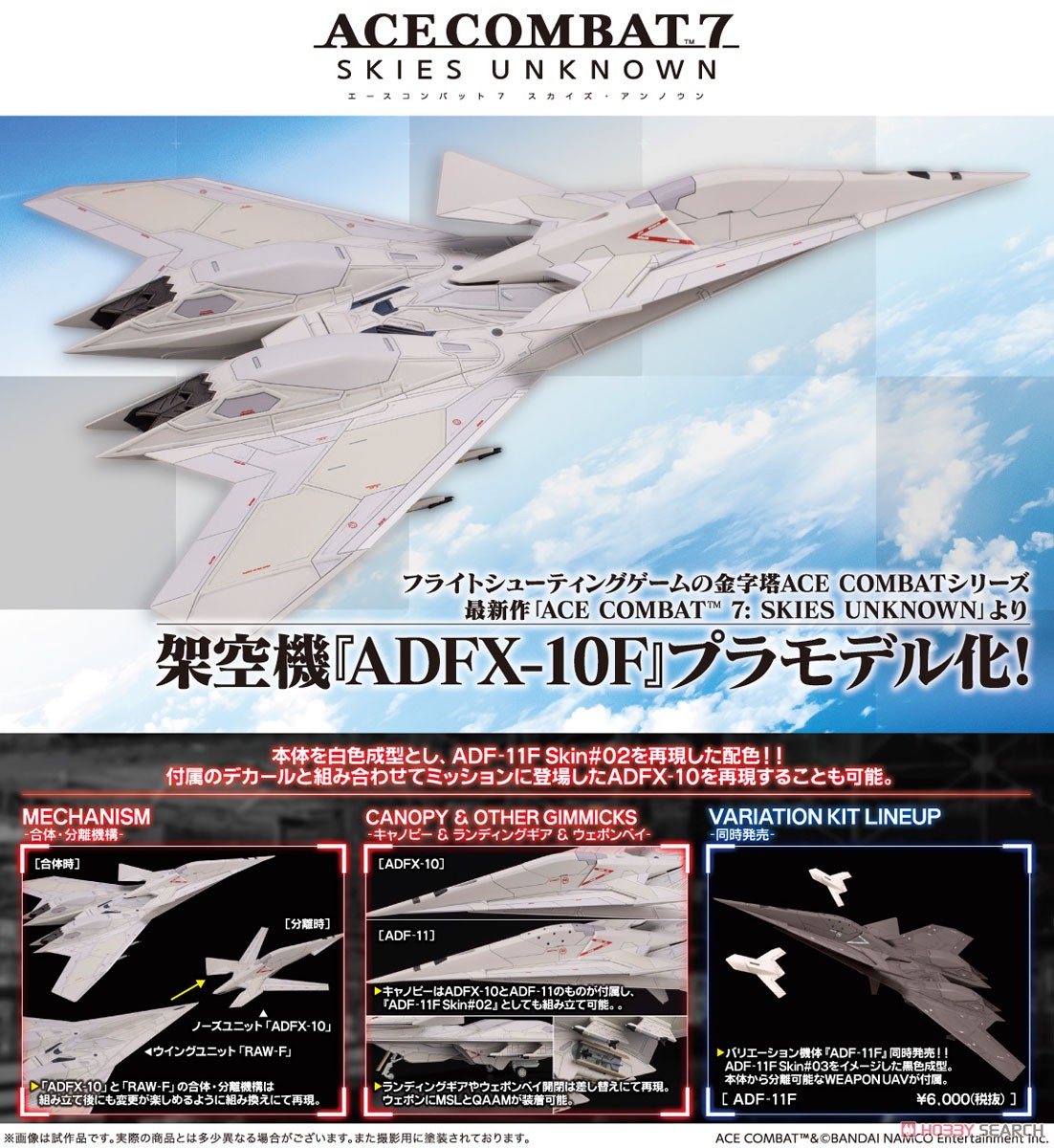 This kit comes as a set with the wing unit “RAW-F” as seen on the Collector’s Edition booklet of “ACES at WAR: A HISTORY 2019”.

Assemble and customize “ADFX-10F” for optimal customization options. ADFX-10 and ADF-11 canopy are also included, and can be assembled to ADF-11F Skin #02. By using alternative parts, you can change its landing gear and weapon bay to open/close state, and MSL/QAAM can also be equipped.

Despite its 1/144 scale size, this kit can be as large as 20cm tall by attaching parts.

This kit has been designed with a white base ADFX-10 model with pre-painted ADF-11F Skin #02.

By using the included decals, you can recreate ADFX-10 as seen in missions. A black ADF-11F with weapon UAV based on ADF-11F Skin #03 is sold separately.