Glory of Losers gets another amazing release from the Premium Bandai Hobby store. This kit comes with set of equipment and expansion for the MG 1/100 Altron Gundam EW, MG 1/100 Tallgeese II and MG 1/100 Gundam Deathscythe Hell EW that transforms them to the Glory of Losers version. 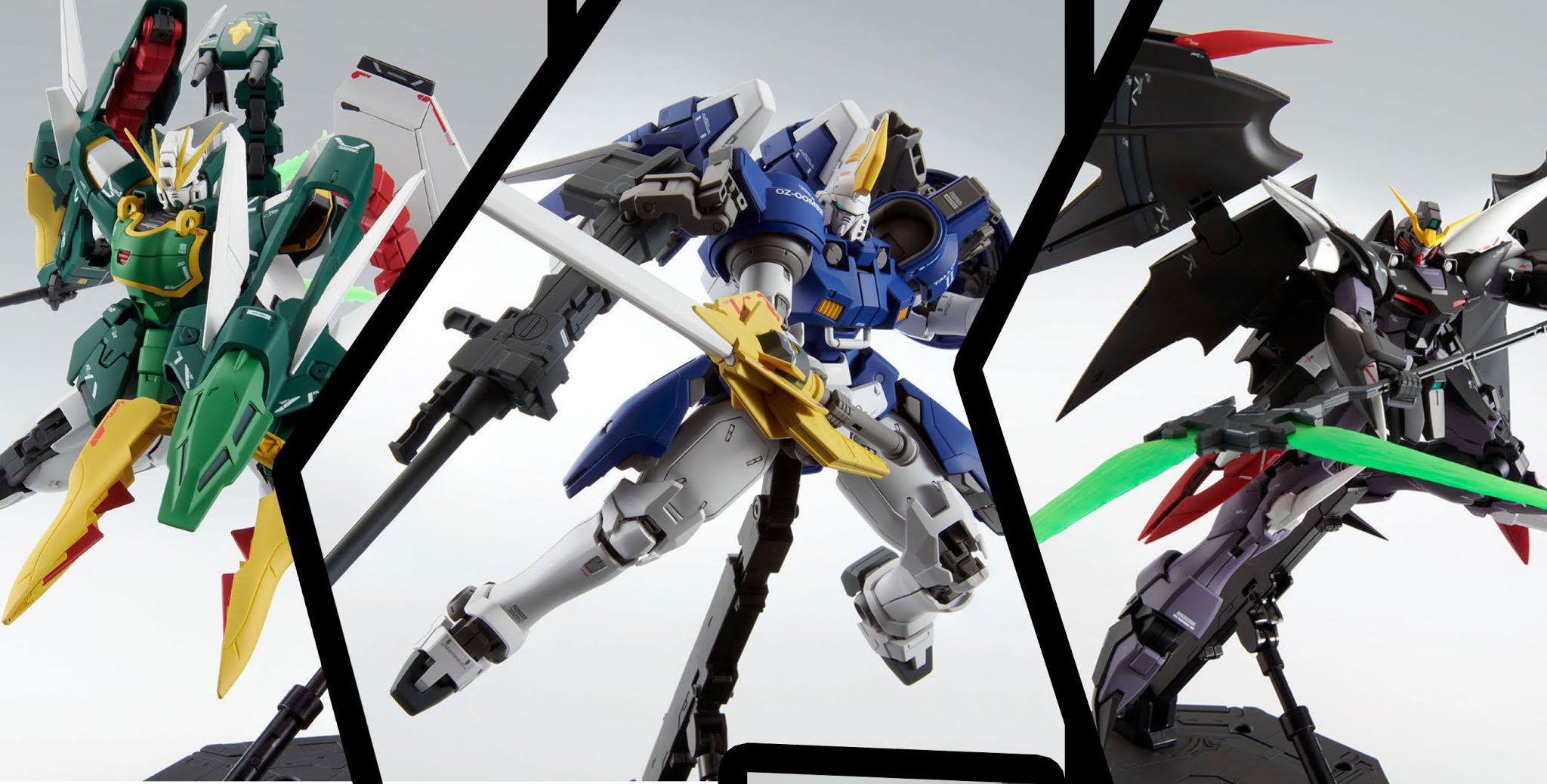 What's new?
Altron Gundam - Backpack equipment "Twin Beam Cannons"
An alternative backpack that pays homage to its TV version. This expansion part is a completely new mold for this series. The equipment also comes with its two distinct wing-like binders.
Tallgeese II - Heat Saber
As first featured in the "Glory of the Losers" manga series, Treize chose a large sword that uses a heating technology to cut and pierce through its enemies mobile suits! This equipment is a completely new mold for the series.
Gundam Deathscythe Hell EW - side skirt equipment "Buster Shield"
Just as featured in the Katoki Hajime's take on Gundam Deathscythe in its EW version, this Hell EW comes with not one, but two buster shield that are meant to be attached as its side skirts. These buster shields can be attached to its arms, and used as another alternative close combat weapons. 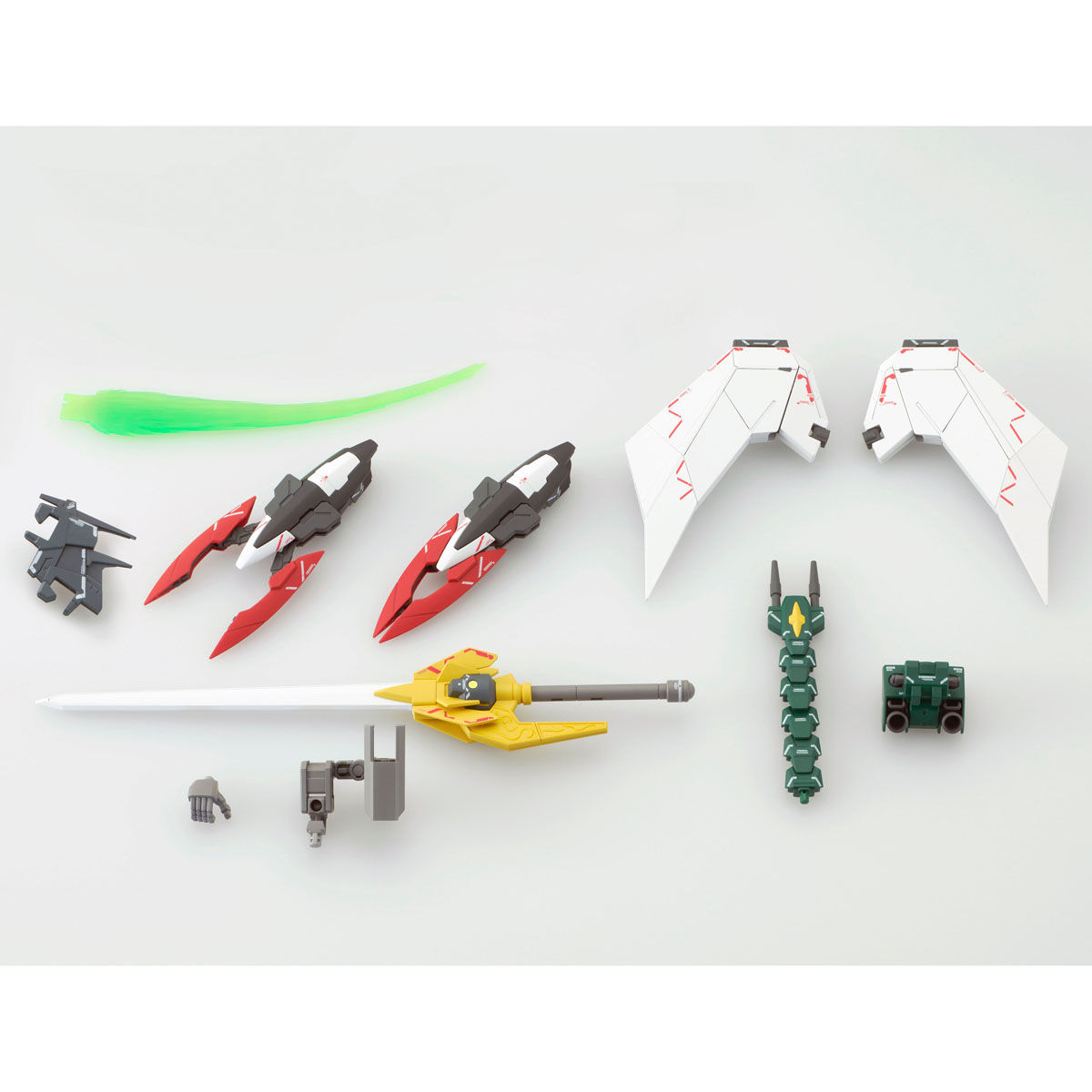 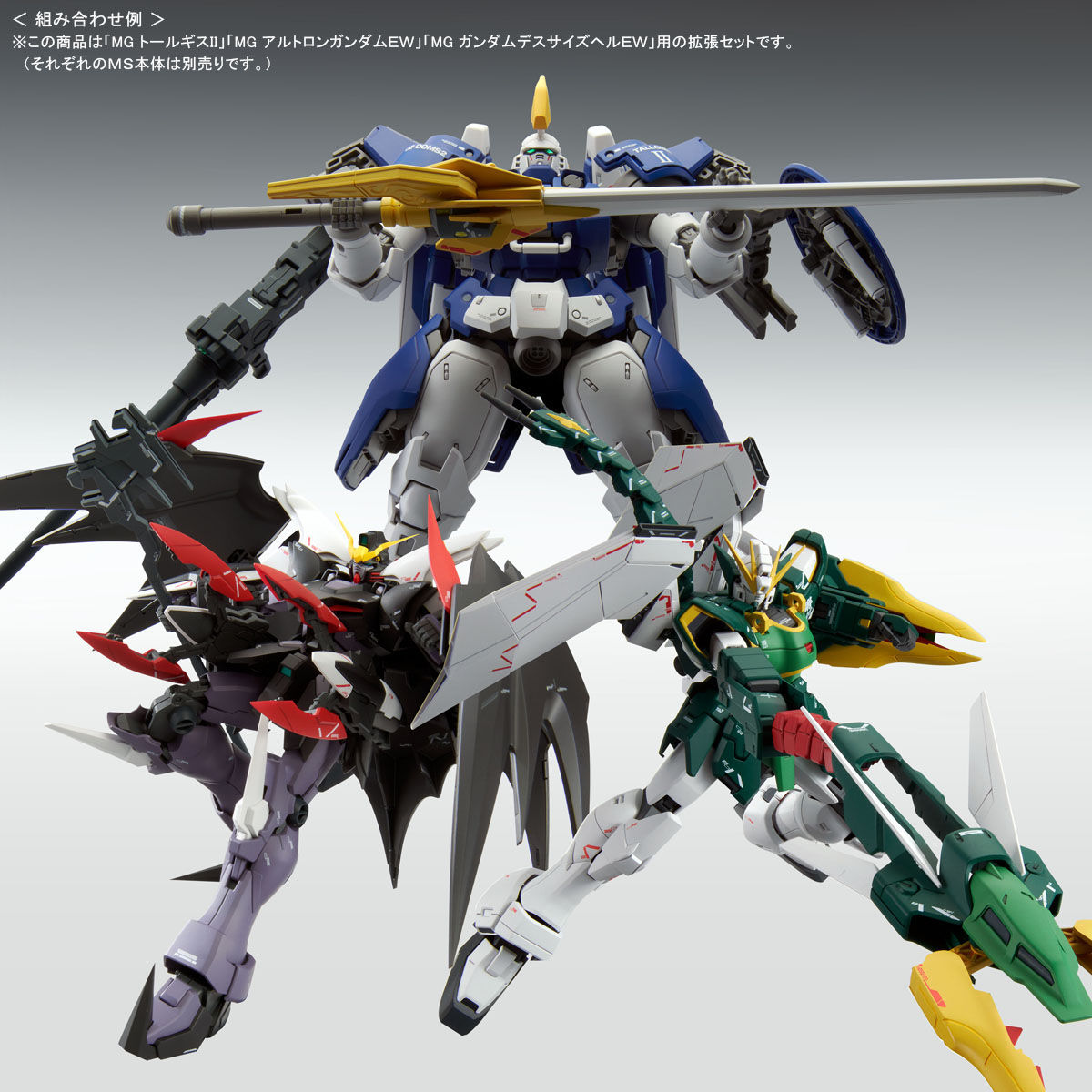 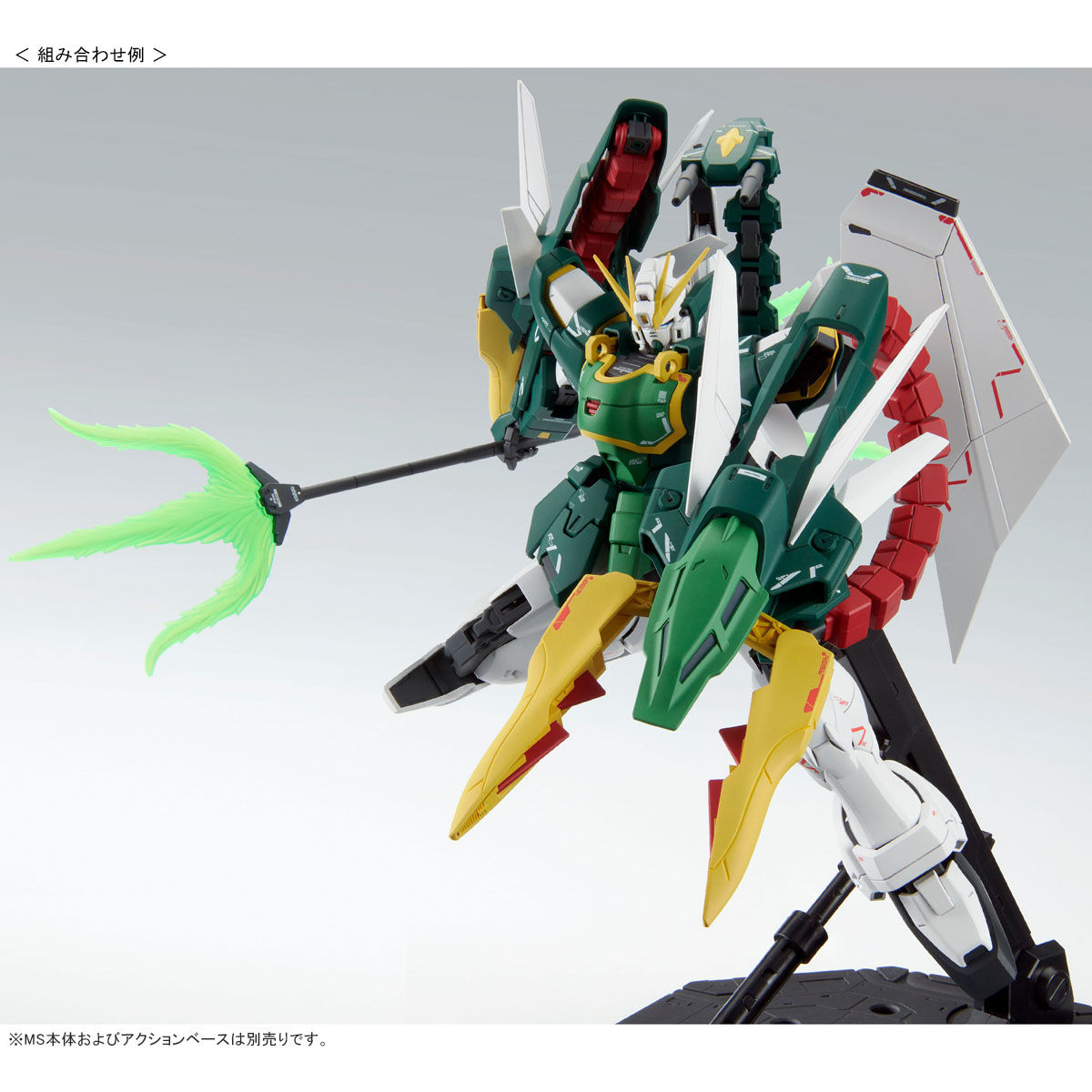 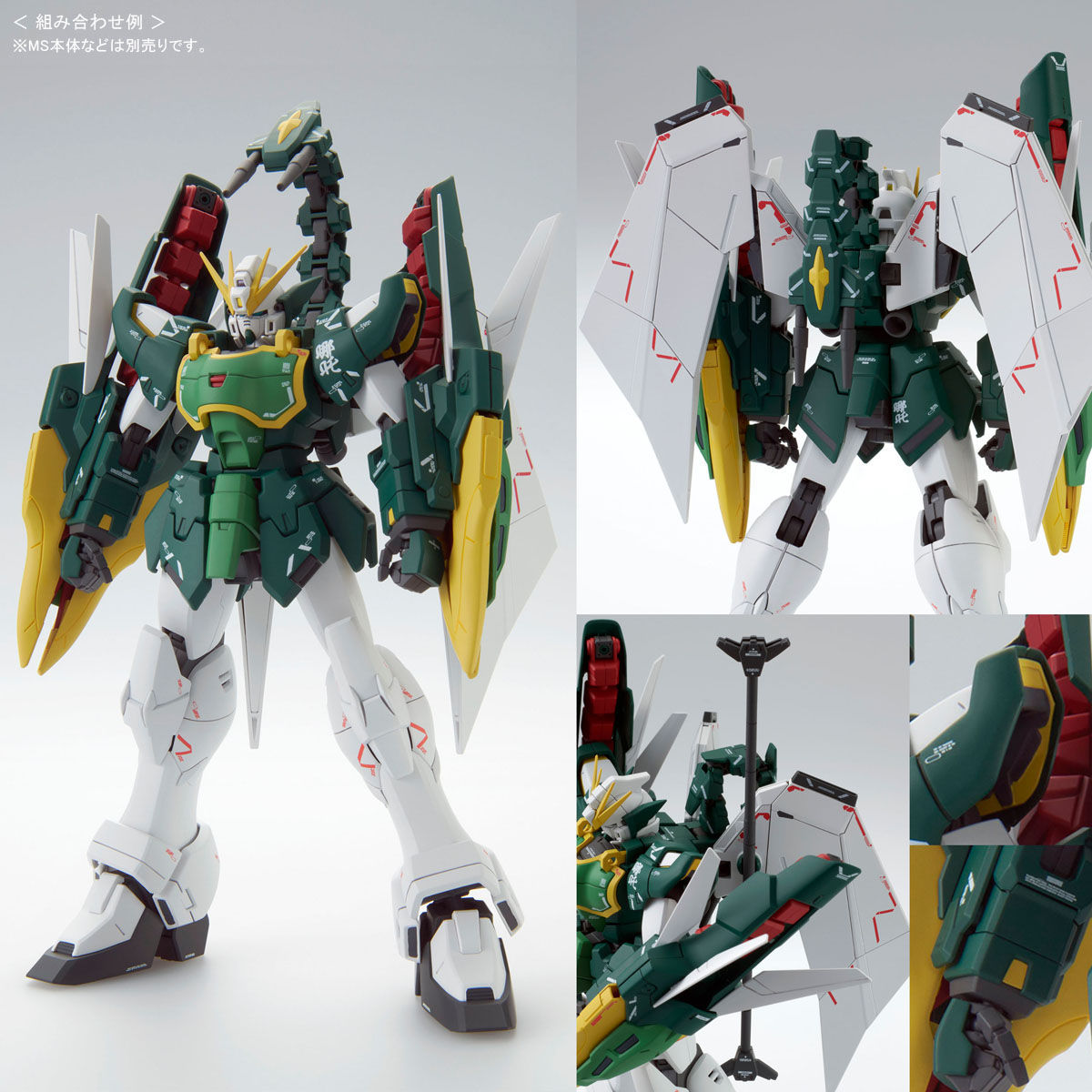 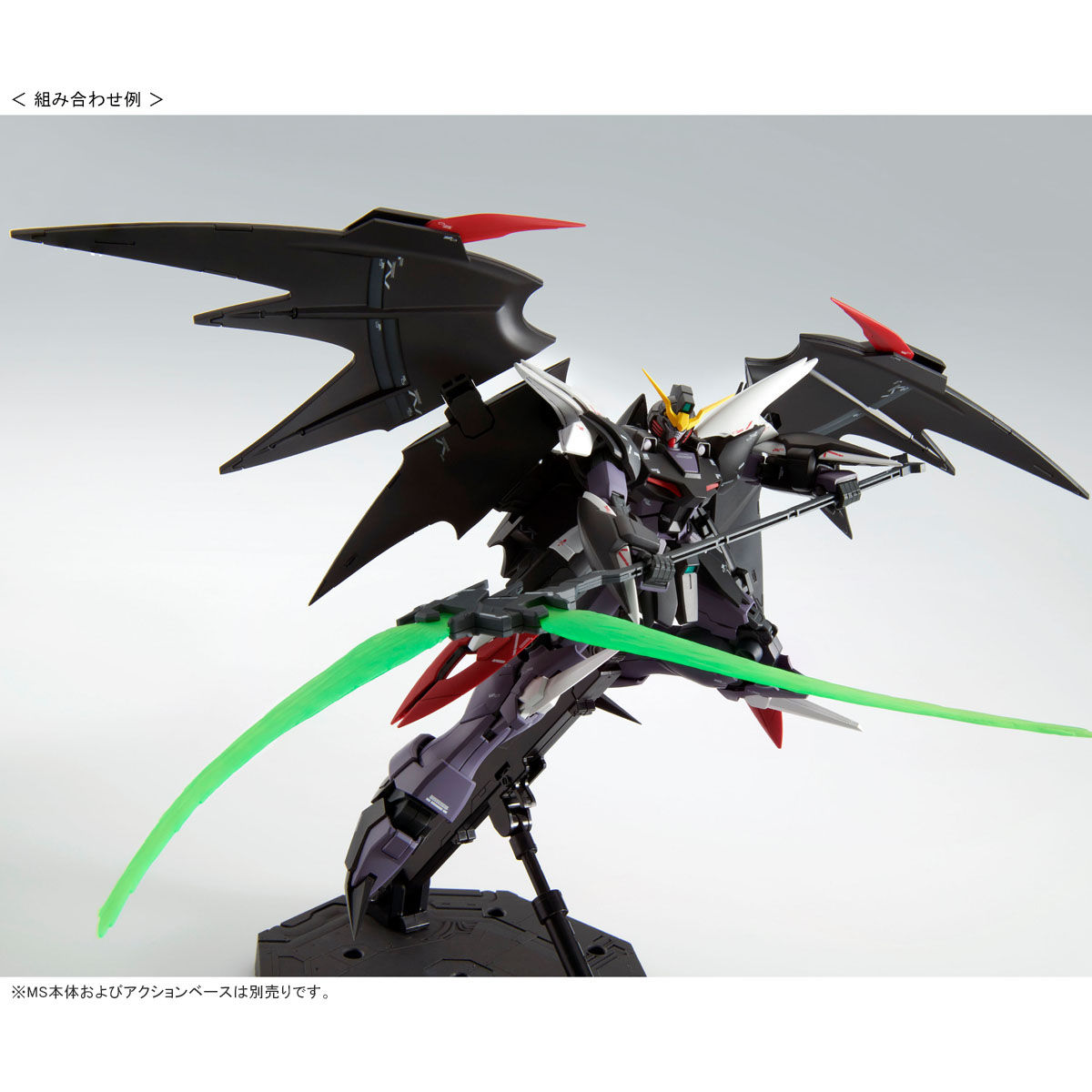 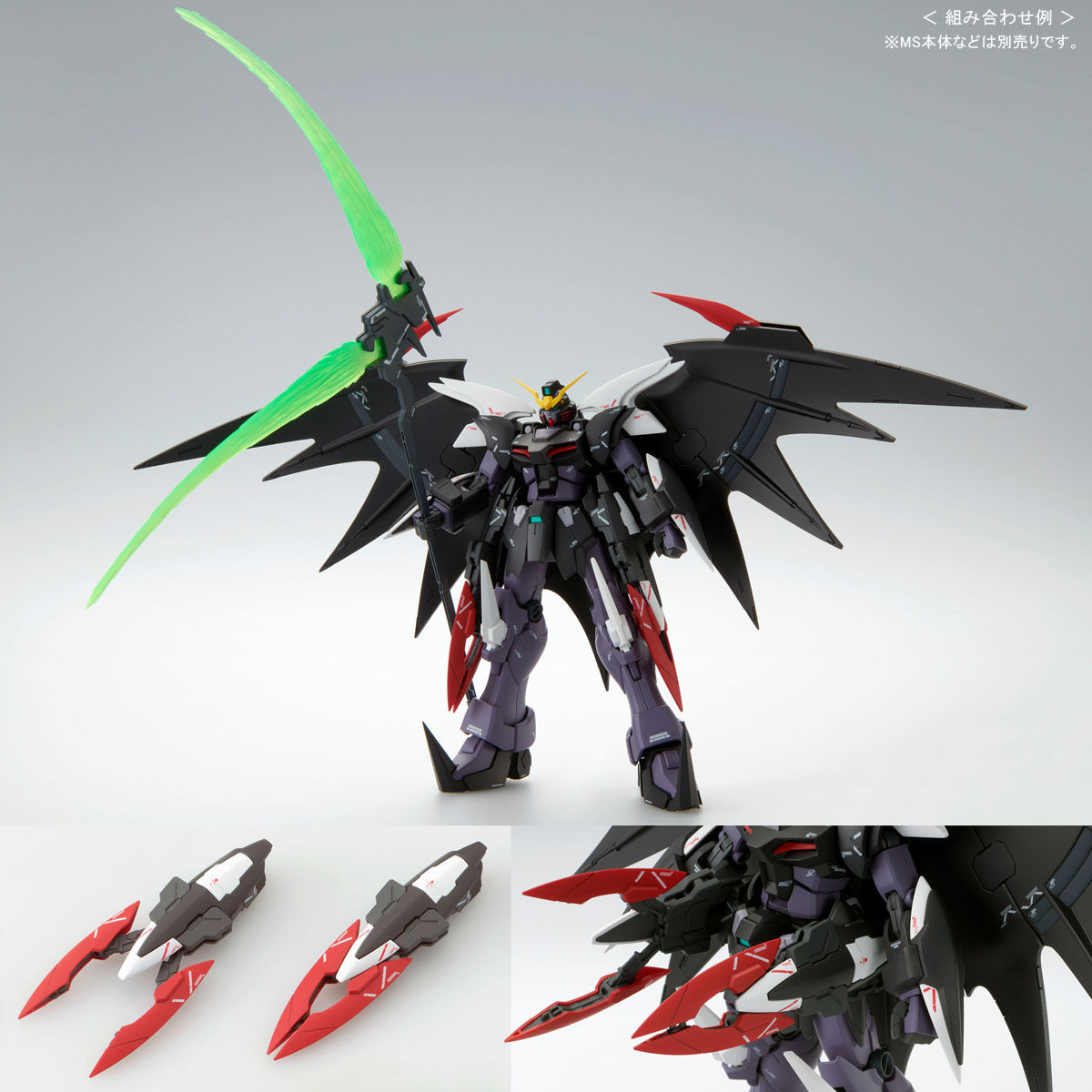 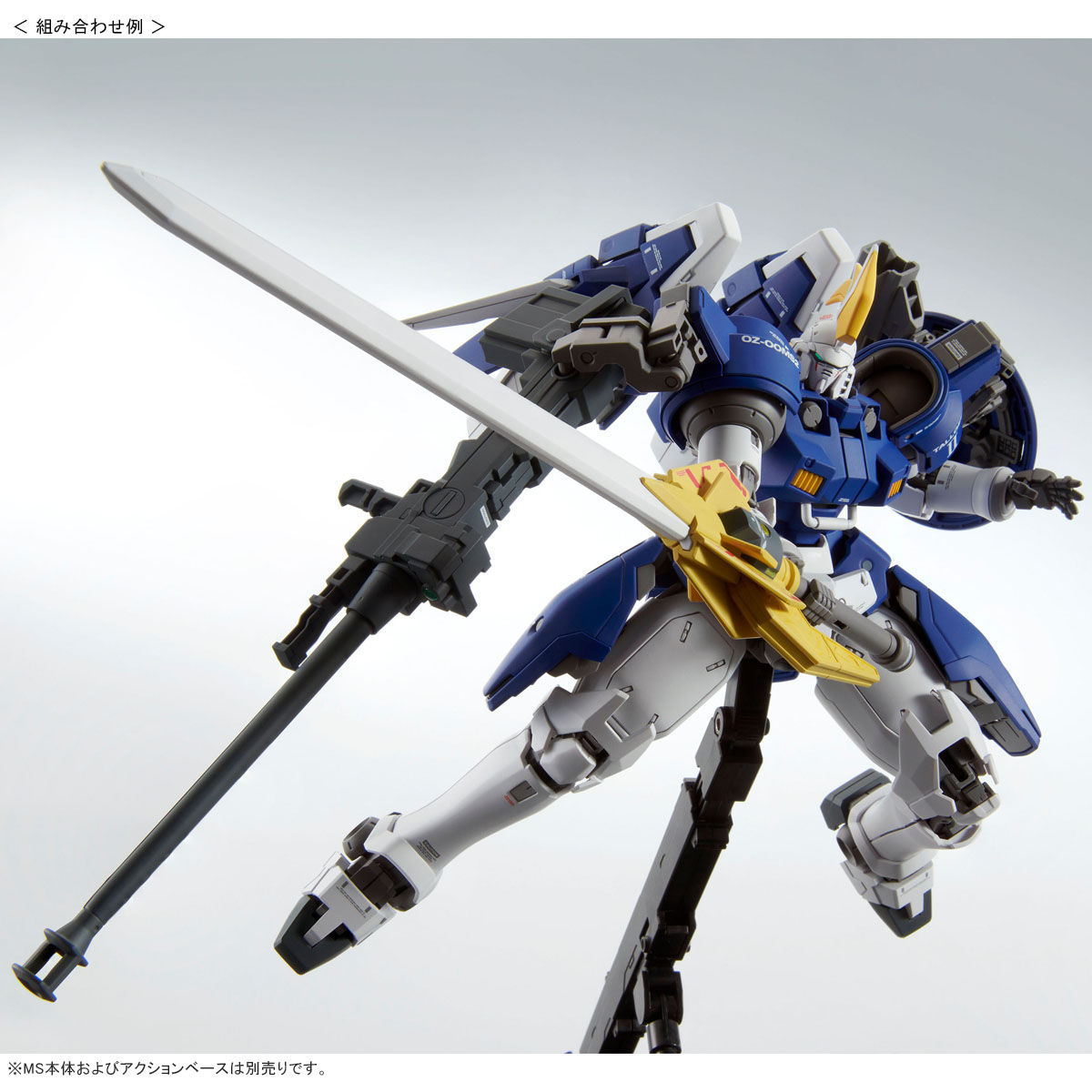 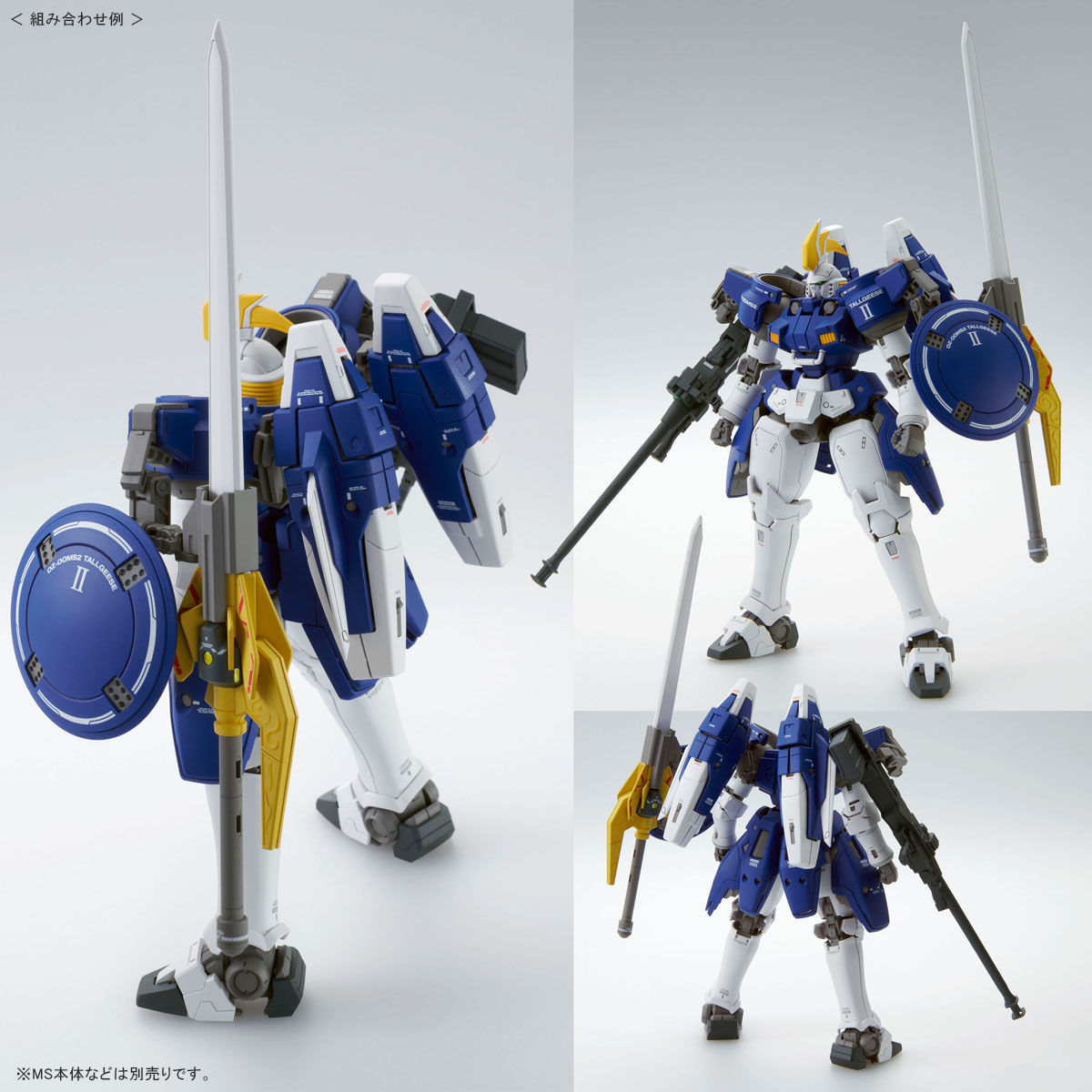