Package arrived quickly and in perfect condition. Assembly was intuitive, but a couple of parts either fit too loosely or came off too easily. Specifically, the left yellow chestpiece and left yellow wing cap piece needed a dab of glue to secure, and the V-fin assembly needed to be glued in as well. I am glad the google translate app can translate in real-time from the camera as most of the manual was in Japanese, which I cannot read at the moment. I got a Heavyarms recently that had English translations in the manual so hopefully that trend continues with future sets. Stands sturdy and is easy to pose. Only a few extra parts such as the beam saber pieces, and the hole cover and hands for bird mode. Another fine addition to my new but growing collection.

Added it as part of the wing collection. Easy to assemble and has good articulation. Chest vents had to be glued, although I had to do the same to the Fenice variants.

Our son found the wing Gundam to be everything he was hoping for and more. All the pieces were accountable and he enjoyed assembling it. As I did not really know what I was ordering, somehow I got a version that he considered to be quite "dope" ( his words). 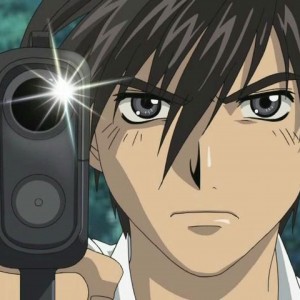 United States
A must have for any Gundam Wing fan

United States
The Gundam You Remember

For years the Wing Gundam was my absolute least favorite Gundam design in Wing. But recently watching Gundam Build Fighters really awakened me to how awesome those titular wings are (which, given the ad for this kit that played after practically every episode, was probably their intent) and this kit really allows you to appreciate them and what they do for the suit. The mold is a faithful representation of the Wing Gundam, which remains one of the most identifiable mobile suits here in the west. It has the presence you'd expect and, given the number of alternative options based on its Katoki redesign, those looking for this version in particular will be happy to know that it's an effective way to put the mobile suit you remember from the anime on your shelves. The sticker used for the chest jewel leans a little more toward cyan than the emerald of the show, but it might surprise you how natural it feels in practice. Or you could just paint it. Personally the wide, winged face has always put me off and the fusion of retro vents and futuristic lines on the chest feels incongruous in a way that I can't tell if I like or hate, but the HG carries its personality well in its small proportions and it gains more than enough in personality from the two sets of wings that adorn its back. The HG includes all the accessories you'd want and expect: its shield, the single barrelled buster rifle, and a beam saber with a greenish-yellow effect piece. The saber can even store away inside the shield, which folds back to reveal it in a cool feature of the kit. The only lacking element of the kit's load-out are the hands, which are just a pair of holding hands. It would have been nice to see a couple other options and my pair don't stay closed the way I'd expect. The Wing Gundam has the articulation you'd expect of a High Grade of its time. The feet pose well and the wings can separate, pivot, rotate, and flap. In fact, this kit probably has a little more articulation than it needs. You've got articulation of different kinds at so many different points and in so many different directions that some really aren't used and others can sometimes bend in strange unnatural looking ways. Most of these are due to the transformation, which excuses the oddity of it all, but you will find Wing hyperextending its knee from time to time and the forearms aren't terribly secure. And we all know that the Bird Mode transformation is only cool in certain moments. From the wrong angle it's just the gundam playing hide and seek. Still, while, like many transforming MS, it might have been a stronger kit without the compromises needed for its transformation, but its nice to have that classic transformation accurately represented and there's even an extra port to connect it to an action base that hides away so it never becomes an eyesore. The build is engaging but never difficult, which makes sense as Bandai marketed it as the flagship model in their All-Gundam Project, meaning it was likely intended to function as an introductory kit to nostalgic Wingers like me. One piece of advice I have is to be careful when panel lining it. This kit has a nasty habit of getting very unnatural and dark if you overdo it, especially on the skirting, but, when I tried to line it in grey, the detail didn't pop, so you've kinda just gotta find the balance you can tolerate. Other modifications were limited. I painted both sets of vulcans and the white section on the red wings. The front camera sticker also pulled a miraculous disappearing act, so mine is painted too, but you probably won't have that problem. It's the original Wing Gundam; not an upgrade, not a redesign. That alone will earn this kit fans and, frankly it deserves it. The sleek lines on flat wings give this gundam a definite look, one that neither thrusters nor feathers can replicate. You might have to negotiate when posing the highly varied joints, but most people will prefer options to stability, especially as the wings and feet combine to make it quite easy to stand up. This is an above average High Grade that doesn't require much from a builder but has lots to offer those who know how to pose or customize. It's a solid example of the grade with wide appeal.