Following ν Gundam Ver.Ka, which was released at the end of last year, rival machine, Sazabi Ver.Ka appeared. ■ Adopt new material for silver frame. Even with no paint, the metal texture can be obtained.■ The funnel container on the back can open and close the hatch. 6 funnels are removable. The cover of the apogee motor can be developed in all directions.Original marking designed by Mr. Kataki Hajime attached.■ Long rifle that was drawn on the initial image board which becomes the first three-dimensionalization as beam shot, rifle, shield, Beam · Tomahawk, Beam · saber, and even a plastic model is attached.■ Using the optional Gunpla LED Unit (green), the head mono light emits.■ "Emotion Manipulator SP" by insert molding is included. All joints of the finger are movable. Realizing a real expression by cranking the base of the thumb also.Molded article × 31, seal × 2, assembly instruction × 1 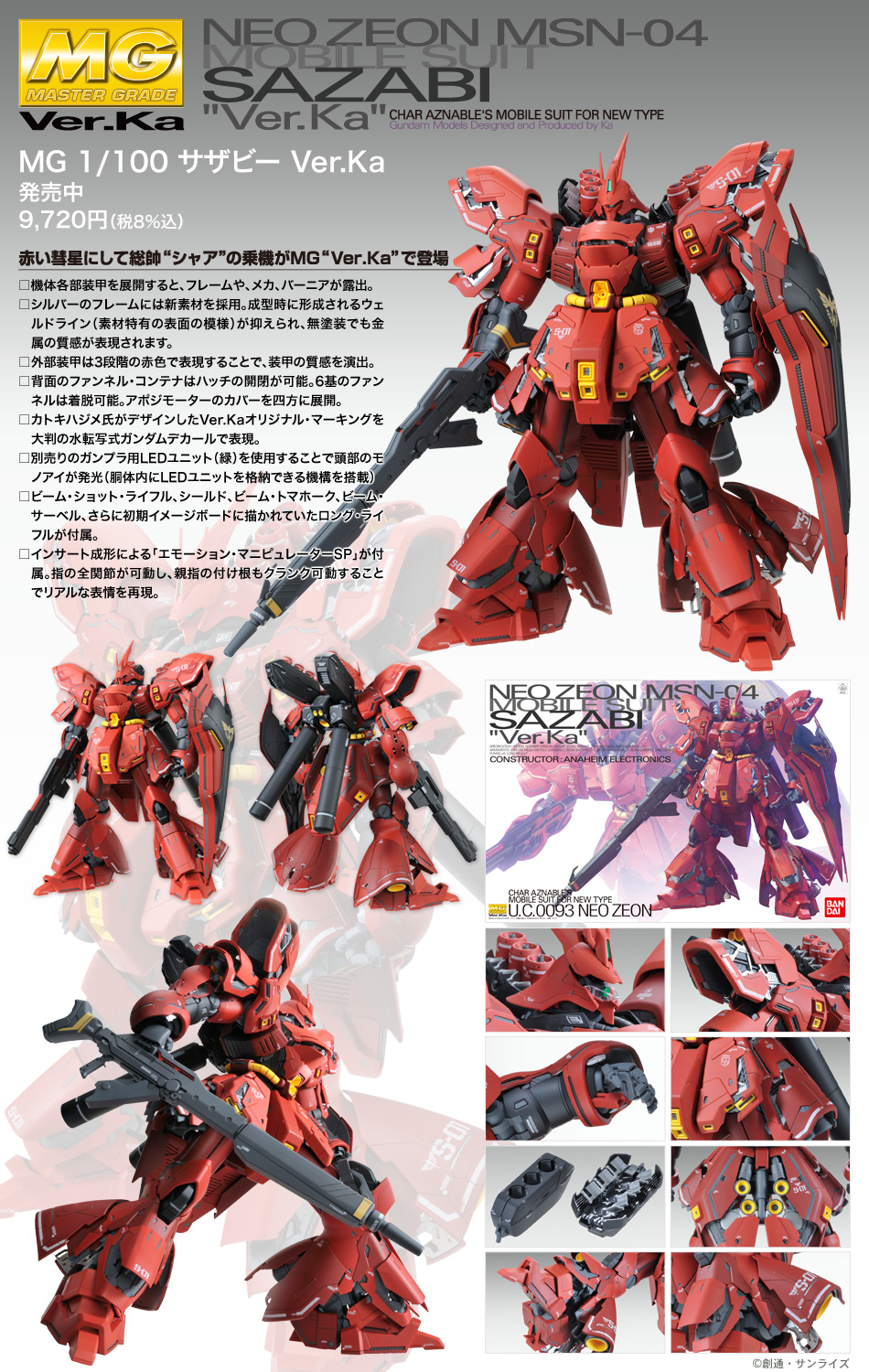