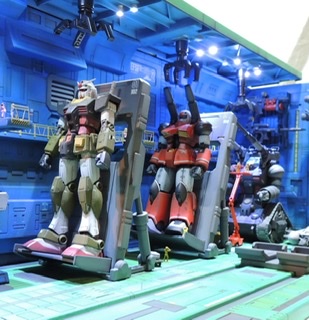 1/144 White Base Catapult deck painted in anime color. The MS is a real type paint, and WB crews are placed in various places. The ceiling is illuminated to create the atmosphere of an anime catapult deck.

It is a panoramic photograph of the work. Originally, there were three MS hangers, but only two were installed, one for Gundam and one for Guncannon. Hangers, MSs, aerial work platforms, figures, etc. are all fixed with double-sided tape, so you can freely change the display and enjoy yourself.

In front of the top Gundam, the upper half of the body of another MS is installed with the setting for parts removal. In addition, figures such as Amuro, Fraw, Haro, and federal officers were placed to try to produce a huge feeling of MS.

In front of the second Guncannon, we put luggage, equipment, and petite mobiles and make them messed up. I have figures of Sleggar, Sayla, Kai, and child soldiers.

In front of the Guntank at the back, there is an aerial work platform and a maintenance crew. I also put figures of Bright, Mirai, John, and Federal Officers on the catwalk as if they were talking.

Weapons carried by Gundam and Guncannon were attached to the rear wall surface. It is appropriate that weapons and ammunition are stored, but I wanted to increase the density of the wall surface, so I installed it in a place where it can be easily seen.

I installed a full hatch open version of RG Gundam…..maintenance.

All three are 1/144, and Gundam uses G30th. The cockpit hatch of the Guncannon can be opened and closed. Guntank transplants the turret part from the initial type and creates a head cockpit.

The 12 light (2 lights x 6 places) light emitting diode battery boxes installed on the ceiling are fixed to the back of the wall with Velcro.

The handrail of the catwalk of the kit is thick and sturdy and reliable, but since it is overscaled at 1/144, I replaced it with a thin metal to improve the sense of precision. For the painting of the walls, seeing the movie version “Meguriai Universe”, respecting the image of the animation, the blue system is painted in gradation.

Guncannon has a built-in RG Gundam core fighter in the abdomen. The cockpit hatch can be opened and closed with neodymium magnets, and the magnets in each part allow it to be displayed in the state shown in the photograph. The head and body are revive versions, but the arms and legs are diverted from the origin version.

The aerial work platform was based on an N-gauge forklift, and I made my own columns using plastic materials and junk parts. Petit Mobi is from the parts of the HG customization campaign. Draken uses GM II accessories. Luggage uses N gauge etc.

The 1/144 figure was also painted to give it an atmosphere. In particular, the WB crew tried to understand who they were at first glance. Maintenance crews always wear work clothes and helmets to differentiate themselves from officers and pilots.

The cockpit on the head of the Guntank is conspicuous, so the interior is decorated with plastic materials and etched parts, and the figure of the Builders parts is seated as if it were Hayato. As for the coloring, I couldn’t find a real type sketch, so I used Gundam and Guncannon as a reference.

The back of the MS hanger was hollow, so it is lined with a plastic van. It has a movable gimmick, and it is an excellent one that can be tilted as in the play. The cylinder also expands and contracts according to the movement.

It is in a state where basic painting, decal work, filtering, etc. have been completed. I was careful not to make it monotonous by painting differently or changing the color according to the panel line. 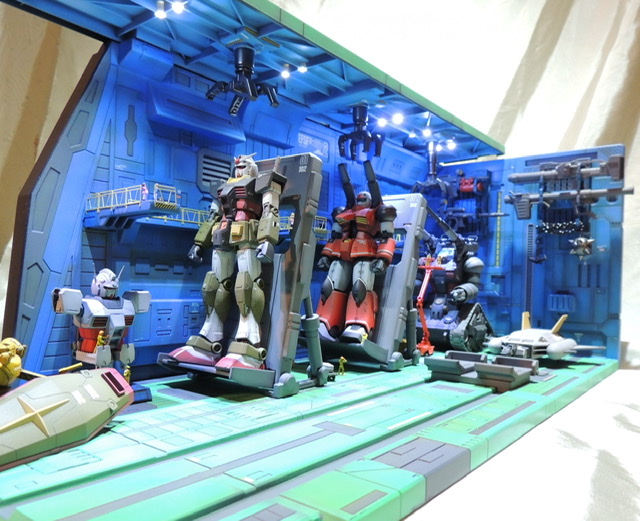 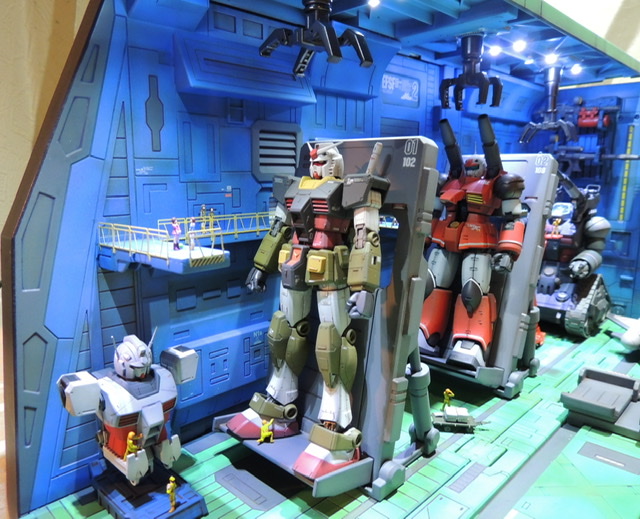 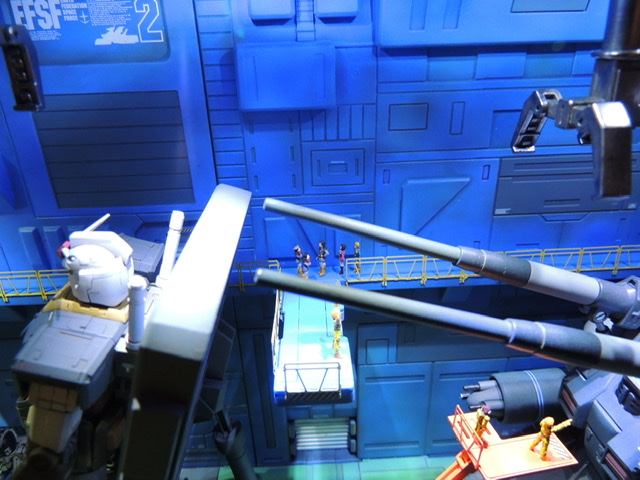 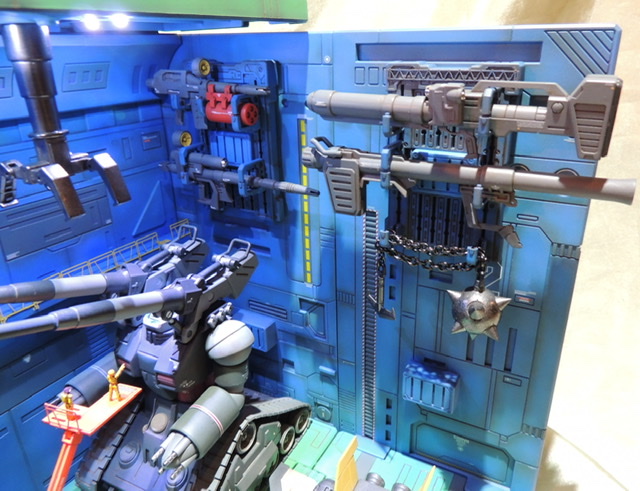 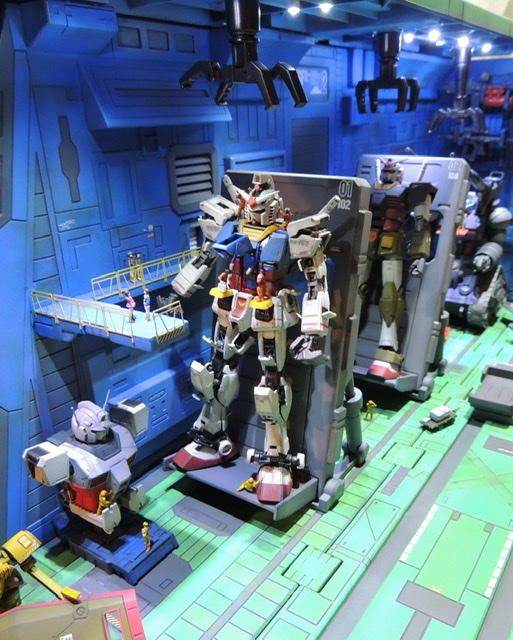 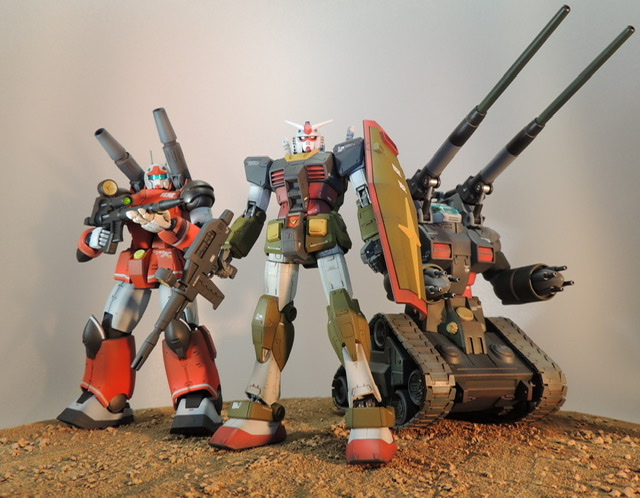 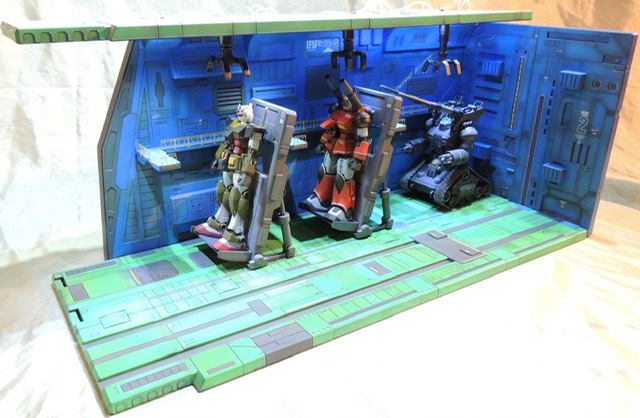 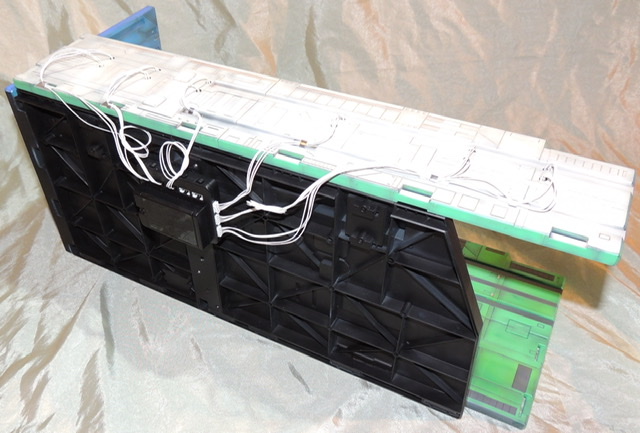 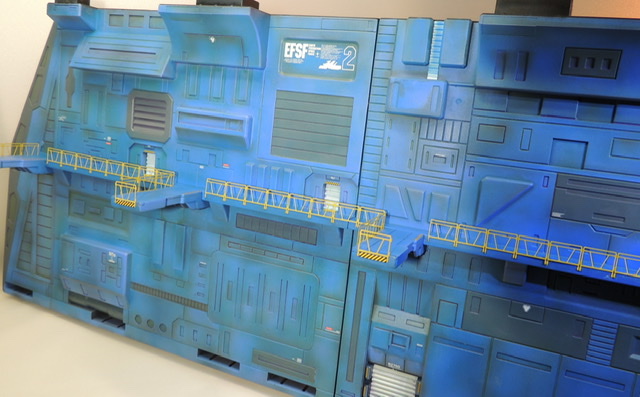 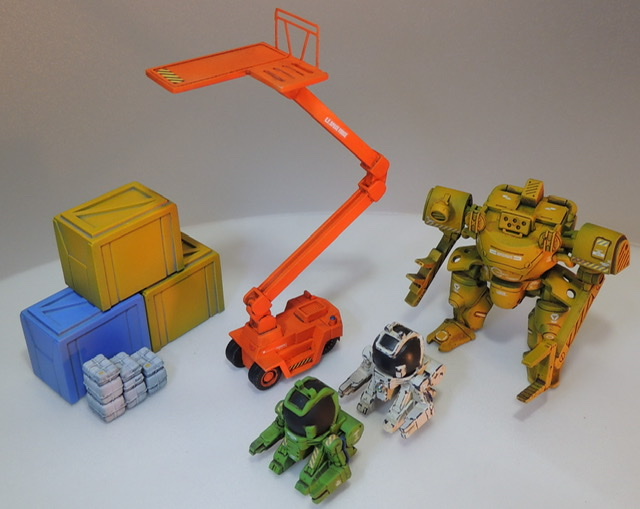 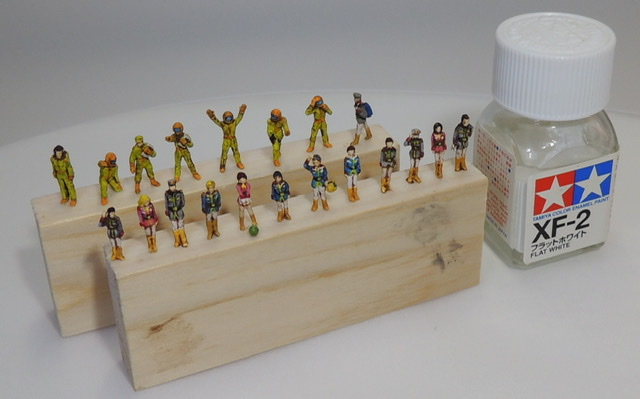 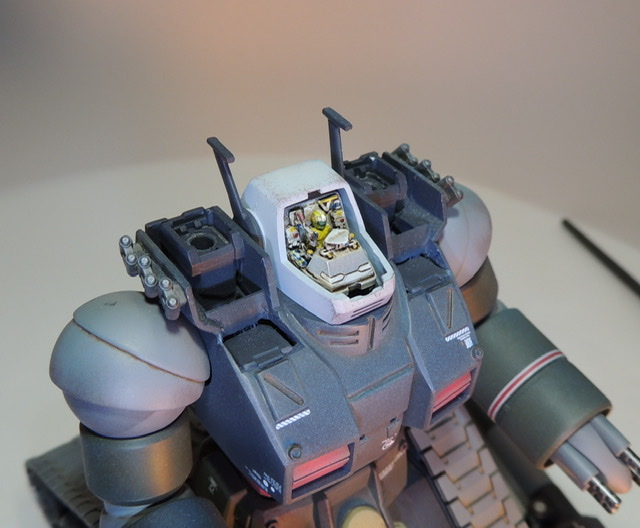 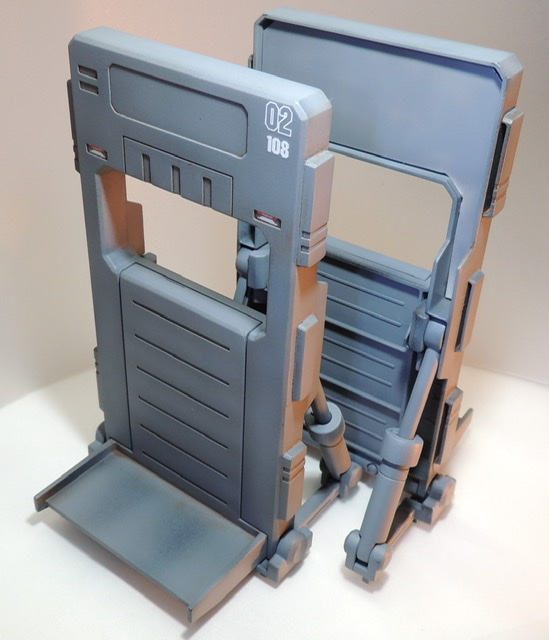 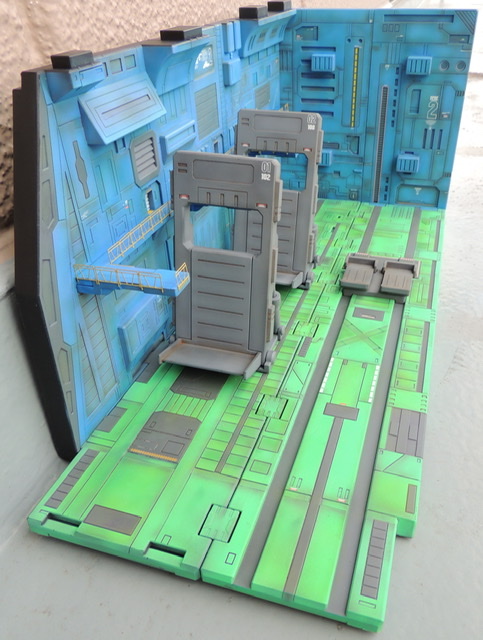 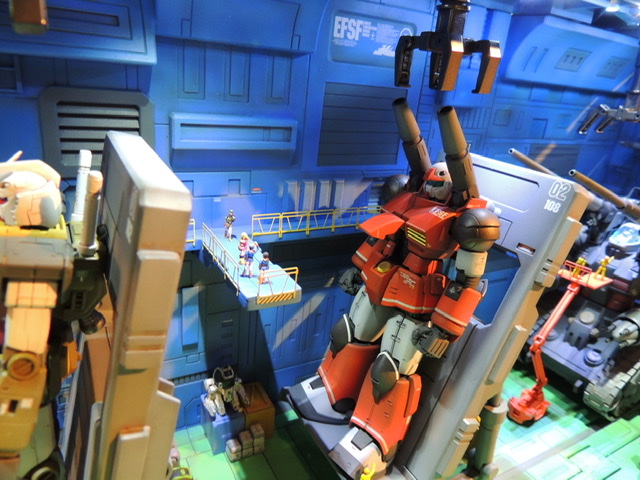